James said:
I'm convinced that the chorus from Quarantine the Sticks is nicked directly from a Sleaford Mods track but I can't for the life of me put my finger on it. It's driving me insane!
Click to expand...

It’s got Billy Nomates doing vocals on it

Contributor
Thanks to spending a lot of time on trains at the weekend, I got to listen to a lot of new stuff. This included:

Michael Rother & Vittoria Maccabruni: Rother and his current partner. Chilled out motorikness basically. Very, very good!
Herman Dune: an album that's been hanging about for a good while (just got a physical release). Lovely indie vibes. For fans of Silver Jews and Jeffrey Lewis (and Herman Dune fans, of course).
Grace Cummings: she's an up and coming Melbourne based singer-songwriter. This is a strong album. She's got a great, very distinctive voice.
The Kernal: as recommended by @Mickdundee last week. Not sure I'd recommend it as strongly as he did but it's pretty good, kind of country flecked early rock and roll.
Yard Act: much discussed on here. I think it's a good debut. Reminds me of New FADs, others of Sleaford Mods and The Fall. Probably the most high profile release of the week for those on here (Years & Years probably would be for the public).
Boris: I guess you'd almost class this as ambient metal from Japan. It's basically what Boris have done for decades now.
Jake Xerxes Fussell: American indie-folk. Very good. He's generally an interpreter of traditional songs but seems to be moving more toward songwriting here. Very, very good!
Lady Blackbird: released late last year. One of The Guardian's albums you may have missed. Strong, bluesy, kind of retro but very modern. Excellent!
Rob Aldridge & the Proponents: toward the rocky end of Americana. A bit Drive By Truckers but not as good really.
The Whitmore Sisters: more Americana but nowhere near the rock level and much better songs. Harmony vocals and good musicianship with some quite poppy hooks.
The Soundcarriers: they're associated with the hauntology scene. A little bit Broadcast, but easier to get into. a little bit upbeat Portishead. Good.
Burial: the mystery man's new EP (from 2 week ago). Quite, er, gentle. Female vocals, ambinetish. Really good.
Jana Horn: singer-songwriter who's been getting a lot of praise and column inches. This is her self released debut from a couple of years ago, given a new push. Very gentle but stirring. Well worth a listen!
Thomas Anderson: an obscure but highly acclaimed veteran. This is good enough to make me think I should seek out his back catalogue. Reminds me a little of early Flaming Lips or Daniel Johnston. Has that kind of American indie vibe that we don't really do over here. Semi-spoken semi-sung song poems. Probably for people who like Herman Dune.
Mess Esque: an Australian duo. This is beguiling and comes from two people who are yet to meet. Helen Frantmann, who does vocals, is a solo artist usually and Mick Turner (who does the music) is the member of Dirty Three who isn't Warren Ellis or Jim White. It's sort of laidback, obtuse indie-rock. Very impressive!
Fazer: jazz with motorik/Krautrock undertones from Germany. Enjoyable!
Anna von Hauswolff: a live album (recorded at Montreux Jazz Festival). This is alternately beguiling, beautiful, noisy and scary so much like her studio albums.
King Gizzard & the Lizard Wizard: remixes of Butterfly 3000 (cunningly titled Butterfly 3001). Pretty disappointing TBH (there's a good Flaming Lips mix of one of their tracks in the middle somewhere).
Rough Trade Counter Culture 2021: the Counter Culture albums are always excellent, showcasing the best of last year, bands who will become more well known this year and obscurities. This is no different. Disc 1 is a generally laidback, disc 2 more upbeat.
Heavenly Remixes 1 &2: These two came out last year. 3 & 4 (all by Andy Weatherall) are out this Friday. A lesson to most of the people involved in the Gizzard project above in how to remix songs well.

Album of the week: I'll say Thomas Anderson but there are a good few close up. The Gizz remix album is the big disappointment.

I’ve decided this is magnificent

Need to spend more time on trains. Only heard two new releases recently. Really enjoyed Cat Power's Covers album (her third covers album). It's excellent.
The other was Jeff Tobias' Recurring Dream (@Arkle recommendation) Unfortunately I didn't connect with it at all. Will try and return to it later in the year.
B

Lads/lasses, this would absolutely make my year if Yard Act pipped Years & Years at the last... stream the fuck out of it will yous

Gave Yard Act a listen. It was a lot better than I was expecting.

Contributor
I think deathcrash is out Friday?

chunkylover53 said:
I think deathcrash is out Friday?
Click to expand...

Good. EOTR lineup was out today, I’m not very whelmed 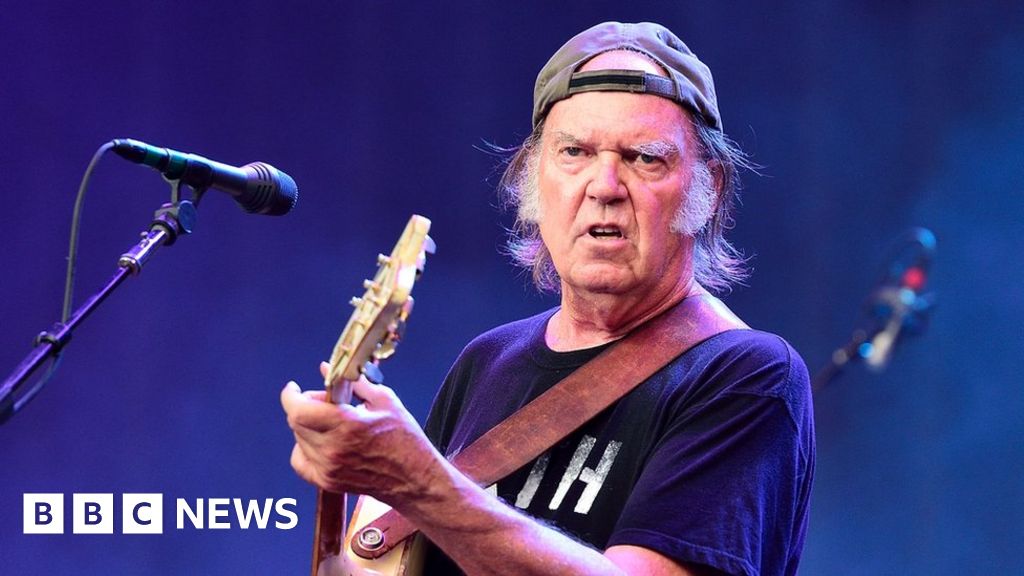 The star protests over vaccine misinformation in Joe Rogan's podcast, which is hosted by Spotify.
www.bbc.co.uk

The star protests over vaccine misinformation in Joe Rogan's podcast, which is hosted by Spotify.
www.bbc.co.uk
Click to expand...

Really? I think it’s the weakest for a while. There is plenty id see of course, but very little that enthuses me

chunkylover53 said:
Really? I think it’s the weakest for a while. There is plenty id see of course, but very little that enthuses me
Click to expand...

Headliners are ho-hum/solid but below them I think it's good.

Arkle said:
Headliners are ho-hum/solid but below them I think it's good.
Click to expand...

I mean it’s fine. But it feels a bit samey to me.

chunkylover53 said:
I mean it’s fine. But it feels a bit samey to me.

Morby, Vile and Ryley Walker are meh.
Click to expand...

I like all of the latter three though. Not arsed about Pixies. Don't understand why Greentea Peng seems to be getting a more indie focussed audience...

Arkle said:
I like all of the latter three though. Not arsed about Pixies. Don't understand why Greentea Peng seems to be getting a more indie focussed audience...
Click to expand...

Oh I don’t mind them. But it’s a bit “man with guitar”

chunkylover53 said:
Oh I don’t mind them. But it’s a bit “man with guitar”
Click to expand...

True. They have similarities.

We need Jens Lekman and Brakes back!

Arkle said:
True. They have similarities.

We need Jens Lekman and Brakes back!
Click to expand...

Anyway, listen to Barbican Estate and tell me what you think

Anyway, listen to Barbican Estate and tell me what you think
Click to expand...

I will do. 22nd December is a daft day to release an album.

Bukowski said:
Should go ahead - they might move the EU shows though

It’s all very exciting for them, looking forward to next Friday
Click to expand...

Feeling less confident - Cribs canceled yesterday. Not sure if it's more likely for overseas bands to cancel because of the cross-border travel, so I'm wondering if Fontaines, Yard Act and Biffy will end up having to follow suit (I'd be less bothered about Biffy as I've seen them several times, but would be pissed if the other 2 cancel). @Mickdundee any word on whether Laura is still planning to come over? She canceled a few over here recently

Crayola-Kid said:
@Mickdundee any word on whether Laura is still planning to come over? She canceled a few over here recently
Click to expand...