bah gawd his fingers on his prostate!
Click to expand...

Bray Wyatt to Interfere with 'taker?
Click to expand...

Probably have Retribution job to him.


Didn't even realise SS was on tonight, a very lazy card, enjoyed last year's spin of making the bouts a triple threat including the NXT brand and should of continued it imo.

Contributor
Best moment of the night already done and dusted. Sami Zayn"s dismissal of the US title as not the will of the people

Well that was lazy and pointless.

Vince: How can we get Raw's ratings up?
Employee: Well, we could have the roster of your #1 show job to them? Perhaps.
Vince: BRILLIANT.

This is shockingly bad so far

coyneeee said:
This is shockingly bad so far
Click to expand...

I thought the tag match was alright but it’s the point of why should I care, it’s the same pointless raw v smackdown shite give me something new to care about not this shit
Women’s survivor series match was by far by a mile the most anticlimactic, ridiculous and asinine finish I have ever seen.
Last edited: Nov 23, 2020

Good main event rest of show has been crap, it actually felt like a big match imagine if they had built it up over the last month or so though would of been great, also where the fuck is miz
HOOOOOOOOOOOOOOOOOOOO TRAIIIIIINNNNNNNNNNNNNNNNN
Last edited: Nov 23, 2020

I love Shane's blazer with jeans with trainers attire man.

That hologram of Paul Bearer gave me goosebumps

Except the main event it was probably the worst PPV they've ever produced, it was just pointless, but the Paul Bearer scream as the hologram appeared was pretty powerful stuff 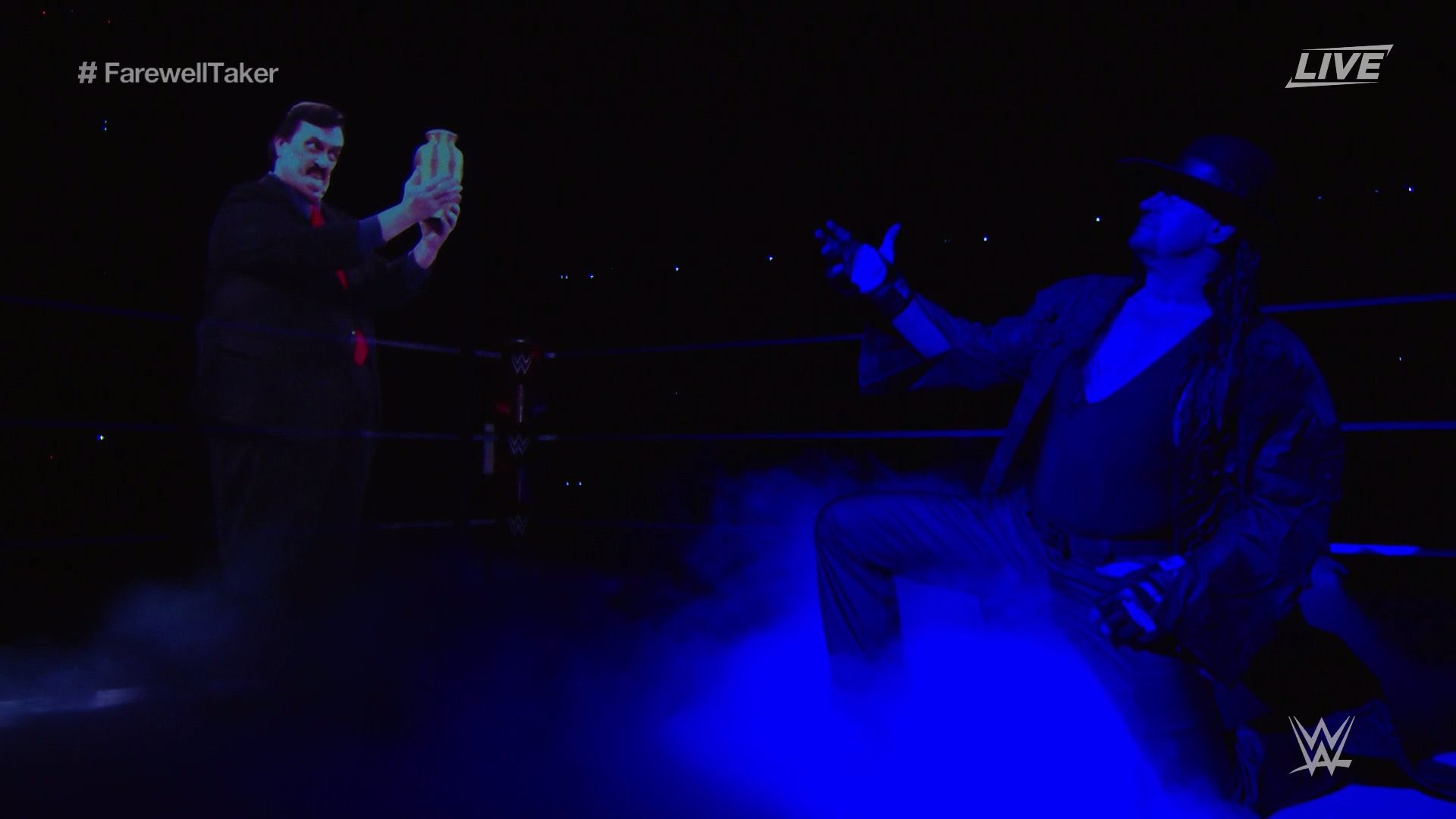 That was a very good moment.

Thought I'd watch SS seeing as its Taker's retirement or whatever this turns out to be.

Don't care enough to comment on most, but 2 things:
1 - Raw vs Smackdown SS match. Vince never fails to shit on smackdown, does he?
2 - After the Reigns match, why was his cousin blowing out of his arse? He did one kick, 4-5 minutes ago.
.
Oh god they've brought JBL out. I could vomit.
.
Wowsers, Vinny Mac looks old. Old dragged through a make-up parlour, but still old.
.
Such a shame having to do this goodbye without a crowd :-(
.
Having him stand there reacting to piped in crowd noises. Ouch, that was awful.
Why have all those legends come to the ring if there wasn't going to be any interaction with taker? They didn't even show them on camera at the same time - not in the ring, not as a guard of honour, nothing.

Typical that he didn't break with the character, all the way to the final curtain call though. Fair play.
Last edited: Nov 23, 2020