Biggest storm you have found yourself in

On top of Ben Nevis early February this year. Absolutely fucking mental. Face looked like someone had went over it with sandpaper due to the air being choc full of mini pellets of hail shooting around.

Been in a tropical storm in Florida. That was amazing. I think we had to pull the car over and just wait for it to pass. The lightening was amazing

Was only 10 at the time so didn't fully appreciate the damage they can do. Had to sit in the bathroom (as it had no windows) and wait for it to be over.

In 94, flying back from Jamaica, the flight path was up the east coast of US towards Greenland. The pilot said he was going to ask for permission to climb above a storm that was ahead. About 1 hour later we were flying over the storm and the lightning below us was spectacular, lighting the skies and clouds for as far as we could see. Amazing experience.

Contributor
Playing cricket in Yorkshire years ago. Six wickets down, chasing a huge score we had no chance of getting, our captain started doing a rain dance.

The skies darkened, thunder rumbled, and forked lightning and torrential rain sent everyone running to the pavilion.

Closing in on a win, their captain was keen to get the game finished. As pools started forming on the pitch, he came in our dressing room and said "Should we give it half an hour and see if we can get back on ?". At that moment, one of the stumps, which had been left outside, fell over and started floating down the hill.

It rained torrentially for a week. We never mocked our captain's rain dance again.

Plenty in a teacup

Yorkshire '94. Camping with the scouts.

Guy ropes went on the tent so we had to go out in torrential rain and secure them. It was pitch black but lightning going that often we didn' t need torches. Was soaken through and fucking freezing that night

I wasn’t caught in it but last night was brilliant, I’m in Spain and was walking back along the beach front last night around 3:30am and all you could see was storms out on the Med lighting up the sky every couple of minutes. For it to be so calm where I was made it even better because we got the chance to just sit and watch it happen.

shaviessafc said:
I was in Orlando as well, but I think it wasnt hit as badly as what people thought it would be.
Click to expand...

Could have been worse, but they still had a 2-day curfew, and literally everything was closed.
But aye, everything was back up and running the very next day. The repair crews were unbelievable imo - they were everywhere.

not the biggest but probably one of the scariest as I rode my bike home through this thunderstorm a few years ago.. the lightning was absolutely intense. I've previously been about 30 metres away from a lightning strike where a tree exploded after being hit and I definitely don't want to be in that position again. 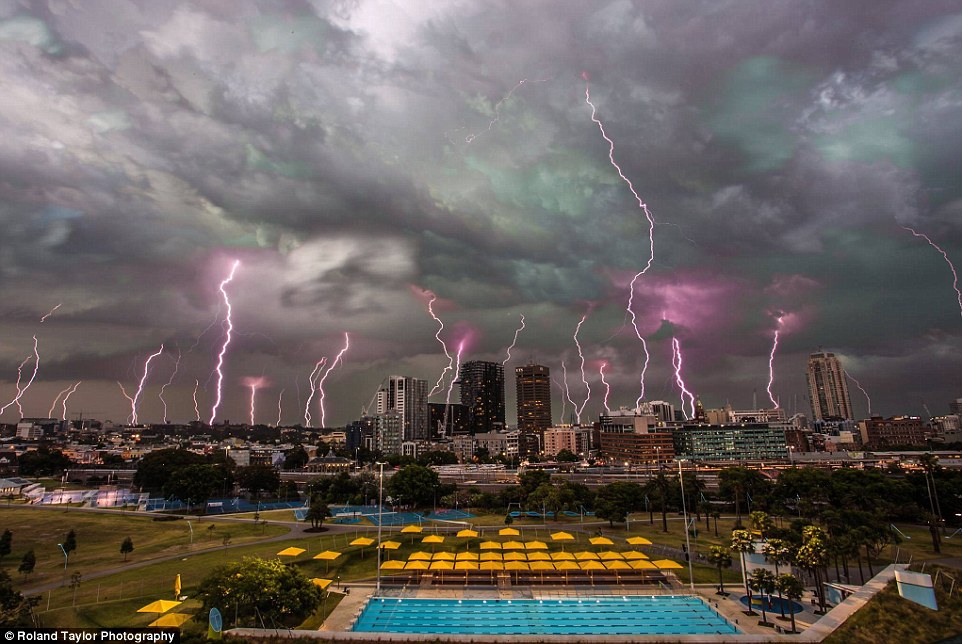 Group ride.. Harleys... 6 couples..i’m at back
Riding route 89a between jacob lake & bitter springs.. hit a thunder & lightning storm.. pishing rain.. could barely make out rear light on bike in front.
Lightening hitting one side of road.. then the other
Absolutely bricking it
J

defunctdigits said:
When the former mrs caught me with a floozy - hell of a shit storm.
Click to expand...

Nearly choked on my coffee!

Hurricane Sandy 2012 in New York and then Dorian the other week. Sandy being the worst of both.

Cyclone Yasi when in Queensland back in 2011. Was quite enjoyable to be honest. We got locked in our hotel and had a party. People back home were more concerned than we were.

Me and a mate were blown off our bar stools by a lightning strike a few yards from us one night in Singapore. All the locals had moved in doors as the storm approached. They were pissing themselves laughing after we picked ourselves up and joined them.

FalkirkMackem said:
On the back of the hurricane that just hit the U.S. what's the biggest storm you have personally witnessed?
Click to expand...

In Hungary, back in the 1970's.
It was early afternoon, but suddenly the sky turned black, and I've never seen lightning like it.
Forked lightning bolts lit up the dark sky, which went on for hours, and the thunder was the loudest I've ever heard, In my life.
The monsoon which followed, was something else.
It was absolutely sheeting down, and soon, the roads were like rivers.

Another time, in the not too distant past, I was In Breda in Holland, with some mates to see Sunderland In a pre season game.
Again it was a sunny and hot day, with lots of people sitting outside at pavement cafes, when the sky turned black, almost instantly.
There was a hell of a noise as a huge lightning bolt, hit the church steeple, near the cafe we were drinking at, and it ran from the steeple, all the way down the front of the church, and along the pavement.
People scattered all around and ran for cover, and the rain poured down like a waterfall, and the thunder seemed to rumble on forever.
Then in no time at all, the skies lightened, the rain and thunder stopped, and the sun was shining again.

Usual stuff
I did once ride my motorbike through a storm in northern Spain to catch a ferry
It was dark at 2pm and the lightning was hitting the fields either side of me
You must log in or register to reply here.
Share:
Twitter Reddit Pinterest Tumblr WhatsApp Email Link