After last weeks heavy defeat to Everton it was crucial that we got a win today. Derby aren’t a good footballing team by any stretch of the imagination, though they weren’t just going to come to the Stadium of Light and roll over, certainly not with a new manager in charge. A win was a necessity for the players’ confidence, to get us out of the bottom three and lastly to get the minority of fans back on side who seemed to think we had no hope of staying in the Premier League.

Quite surprisingly Keane ‘rested’ Craig Gordon for today’s game, later claiming it would be beneficial for the young Scot to get a break from certain stresses he was under. In came Darren Ward who had performed superbly for the team last season. Andy Cole made his home debut with Greg Halford and Danny Collins coming back into defence. Ross Wallace was brought back into the team after being a sub last week.

Andy Cole showed some classy touches and link up play in his home debut and was unlucky not to get on the score-sheet after he got his head onto a quality cross from Halford. Derby could also have gone into the lead early on through a good strike from Matt Oakley which went just wide of Ward’s goal. It was clear to see that both teams were lacking greatly in confidence so it was to be expected that the odd ball wouldn’t reach its destination or that there wouldn’t be many goals. Thankfully the fans understood this and stayed with the team.

Despite a lack of confidence we still managed to create a good deal of chances and if it wasn’t for some good defending on Derby’s part, or blatant fouls, then we would of had a few goals in the first half. Derby could have dinted the players’ confidence twice before half time. Firstly when Kenny Miller was let in by a Higginbotham mistake thankfully though Darren Ward was on hand to make a fantastic save and push the shot onto the post. A Ward error led to the second chance, after flapping at a cross the ball dropped to Howard, though his shot was cleared off the line by Dean Whitehead. Kenwyne Jones could have put us into the lead going into half time; unfortunately the striker struck the post from a few yards out rather than the back of the net after Leadbitter’s shot was spilled by the ‘keeper.

Derby started the second half much quicker than we did and put us under a lot of pressure without creating any real chances. We gradually worked our way into the game, though just like Derby we never really created any clear cut opportunities in a very scrappy game. How Derby survived the game with 11 men is amazing. Darren Moore fouled Jones every time the ball came anywhere near him, yet the defender escaped a booking. Also McKeveley decided the best way to defend was to kick everything above grass level, though the referee didn’t see too many problems with that. Thanks to McKeveley’s lack of ability we lost Carlos Edwards to what looked like a serious injury.

We had Derby on the back foot for the last 10-15 minutes though we weren’t getting any clear cut chances and were resorting to long range efforts which were either blocked or endangered the fans in the North Stand. One of our best efforts came from Darren Ward, who’s free-kick in the Sunderland half seemed to catch their ‘keeper off guard and he had to make a good save to stop Ward getting on the score-sheet. Into injury time and it was beginning to feel like we would get a draw. With a minute or so to go Liam Miller floated a fantastic ball into Jones whose header was saved by Bywater as was the rebound from Stokes. However there was nothing the ‘keeper could do for the second rebound as Anthony Stokes fired home his first goal in the Premier League to send the fans into ecstasy!

The win moved us up to 14th in the league, which looks a lot better than things

MOTM – Greg Halford, after receiving a large amount of stick from the fans in earlier weeks and no doubt from some sections today, Halford put in a good performance and never lacked confidence to try things. 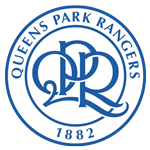